Happy Friday!  This is a pretty exciting weekend for you sports fans. Super Bowl XLV Sunday is almost here (Halftime Gig Announced – Black Eyed Peas, Fergie says “No Wardrobe Malfunctions”, I wonder what she’s referring to?? Ahh Yes, Janet Jackson!)!  Whatever your plans may be, be safe!  For all of us keeping it local, those that will actually be at the game will be bundling up big time with the weather in Dallas!  Can you say “Hello Snow!!!”.  Hosting this Sunday? Here are a few Super Bowl Snack ideas! I’m here in the office today, going into the weekend let me know if you need anything.  I’ve provided Today’s Rates should you need a pre-approval before the weekend. I’ve also shared a few questions a Realtor should be asking an appraiser. Just a reminder, RPM Mortgage has it’s own in-house, local appraisers!  Have a wonderful weekend!

“What could you not accept, if you but knew that everything that
happens, all events, past, present, and to come, are gently
planned by One Whose only purpose is your good?”
— Quote from A Course in Miracles

If you are wondering what to do on February 16th, why not listen in on HUD’s webinar “HUD-approved Housing Counseling Operation and Funding Overview.” This webinar will provide information on operational requirements, record keeping & reporting, use of HUD electronic systems, overview of the new HUD Counseling Handbook, etc. It’s free, although registration is required as are computer & internet access. For more information visit: HudWebinar

Recently Trulia compared the median list price with the median rent on two-bedroom apartments, condominiums, townhouses, lofts and co-ops listed on its website, and compared that to ownership costs including mortgage payments, property taxes and insurance. It determined that buying a home is cheaper than renting in 72% of the largest U.S. cities, led by Miami and Las Vegas. People have to live somewhere, right? And if your credit is shot… Trulia’s CEO stated, “Following the principles of supply and demand, renting has become relatively more expensive than buying in most markets.” RealtyTrac has reported that 2.87 million homes received notices of default, auction or repossession in 2010, while apartment vacancies are at a 2-year low. It is no surprise that the top 10 cities where buying is cheaper are all in Florida, Nevada, Texas, Arizona and California, as, except for Texas, those states were among the five with the highest foreclosure rates in 2010.

Yesterday, after the daily commentary went out, we learned that Factory Orders rose 0.2% in December, and that the ISM Nonmanufacturing Index rose 2.3 points to 59.4 in January, hitting a new recent high. Federal Reserve Board Chairman Bernanke himself said yesterday that the low inflation rate combined with high unemployment would normally push the Federal Open Market Committee to cut rates, if they weren’t already near zero. “Although economic growth will probably increase this year, we expect the unemployment rate to remain stubbornly above, and inflation to remain persistently below, the levels that Federal Reserve policymakers have judged to be consistent
over the longer term with our mandate…”

Unemployment Rate Falls 0.4% to 9% in January; Payrolls Rise 36,000; both surprising in different directions as the Unemployment rate was projected to rise to 9.5%, and Non-Farm Payrolls 140k. Average hourly earnings increased by 8 cents to $22.86 and the average workweek for all private-sector employees edged lower to 34.2 hours in January. Payrolls in construction (-32,000) and transportation (-38,000), industries most affected by bad weather, dropped in January, while factory employment rose 49k, the most since August 1998. Private-sector jobs increased by 50,000 (private account for about 70% of the work force). The benchmark revisions show 2010 ended with 483,000 fewer jobs than prior to the revision.

Obama officials likely to propose lowering loan limit for pricey mortgages      , and may recommend reducing the size of mortgages eligible for government backing.

Zillow.com is now powering for-sale listings on Yahoo Real Estate and selling ads that feature real estate agents and brokers on both sites, the companies said as they flipped the switch on a partnership announced in July.

The partnership effectively doubles the exposure agents and brokers who purchase advertising from Zillow.com receive, CEO Spencer Rascoff said when the companies joined forces to create what they touted today as “the largest real estate network on the Web.” 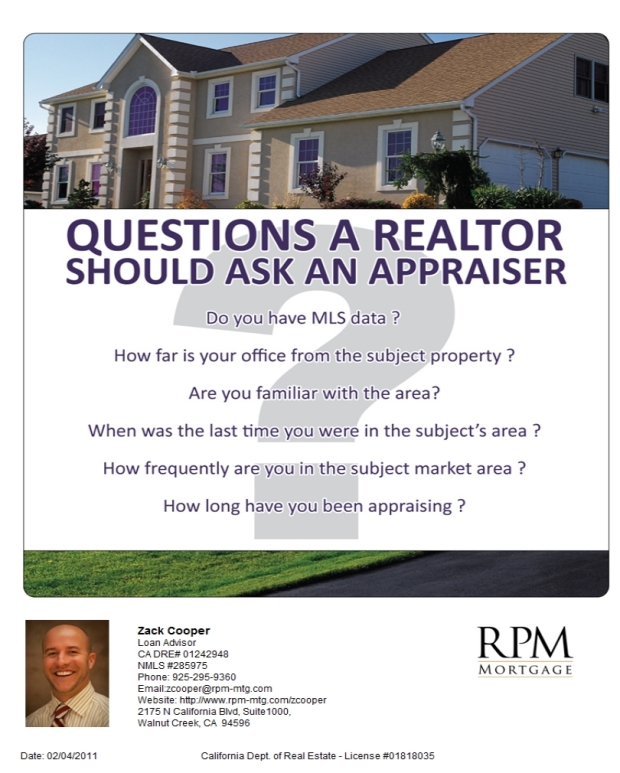